For centuries money has been making the world go around in one form or another. When humans started living in settlements, communities would trade with one another, giving individuals an entirely new way of gathering wealth and facilitating the expansion of countless empires throughout history. There is no exact evidence on a timeline when money first came into the picture, but we know for a fact that its origin predates written history for a long time. Anthropological evidence suggests that money was invented as a replacement for bartering but this could be counter argued as there is not enough evidence to suggest that societies relied on barter as the only means of exchanging goods and services. Putting this in perspective, this makes sense because if you look at bartering, you’re going to notice that it entirely exists on the presumption of what we call a double coincidence of wants in economics. Let’s simplify this. The double coincidence of wants means that if you want to barter something for another good or service, you will need to ensure that the person you’re bartering with, possesses the exact good or service you want and wants the same good or service that you’re willing to barter. Thus helping us come to a conclusion that while the barter system always existed, it might not have been the only system of exchange that existed. That’s where the origin of money comes from, while it might not have been in the numismatic form that we know and use today.

Today, commodity money is made up of any high demand item that has intrinsic value of some kind. These are usually things that are scarce in nature like peppercorns, tea, shells, and silk. All of these have been used in the past as forms of money. In Italy, parmesan cheese was once used as collateral for bank loans and for a short while in medieval England, you could pay a year’s rent with 40 sticks of eels. But our inherent need for giving value to something doesn't stop with medieval history. Even today, places like prisons use commodities like cigarettes and ramen as forms of currency for favours, as inmates aren’t allowed to possess formal legal tender.

One such currency and perhaps one of the most bizarre currencies of all time are the Rai stones found on the Yap islands in Micronesia. These stone coins are circular in shape with a hole cut through the middle. What makes them so interesting is that they measure up to four meters in height and weigh 4, 000 kilograms! Even the smallest ones are around 30 centimeters across. These coins are so colossal that it was not uncommon for them to capsize the boats in which they were transported and once they reached land, they would take close to a hundred men to deliver them to their intended destination.

According to local folklore, these stones were first created due to the need for an economic trade between two sets of islanders. Around 500 years ago a Yappies navigator called Anagamang led a small group of men on an expedition to the neighbouring island of Palau (around 200 miles away). Upon their arrival, they were awestruck by Palau's abundance of calcite (a type of limestone which glistens in the sun). Unable to keep themselves away from this magical stone, the Yippies sought an agreement with the Palawans that the people of Yap could help themselves to as much limestone as they wanted in return for certain goods and services. Anagamang ordered his men to carve the limestone into the shape of fish and crescent moons but he soon realised circles were far more convenient for transportation. The large pieces of rock had a whole cut out in the centre so that a log could be passed through that made transporting them easier.

But what’s interesting about the stones is that they served as more than just souvenirs to show off to the people back home but evolved into a currency that was used as tender during important social transactions like marriages and political deals. Sometimes these were used to purchase food too.

Now the question you might have is, how exactly did these exchange hands? They’re so large and virtually impossible to move from one place to another. Here’s the answer - these stones physically never moved. Once placed, the stones stayed in that physical location forever even if a trade was made and ownership of a stone changed, even to the extent that the stones which were capsized and sunk to the bottom of the ocean still held their value and could be traded by word of mouth. This, of course, came with a great deal of honesty and a nearly flawless system to function smoothly. Transactions of unseen Rai stones would only take place if the islander was considered a well-respected member of the community and his word was respected to the extent that it couldn’t be untrue. The value of each Rai stone wasn't just determined just by its size. There were many other factors involved as well, these included how difficult it had been to obtain the rock, the quality of the carving, the reputation of its craftsman and so on. In addition to this, a stone's worth could be affected by the transaction it was being used for. This means that a stone that was used for a wedding and one used as an inheritance were valued differently.

Things took a major turn for the Yippies when Irish-American sailor David o'Keefe stepped foot on the island in 1871. He was almost immediately awestruck by the stones and the system in place, that he decided to call the place home for the next 30 years. O’Keefe saw an opportunity and introduced the Yapis to advanced tools which made their process of creating the stones much easier. O’Keefe soon got himself his own private island and when he finally decided to head back home after his stint of 30 years, never made it back as his voyage ended in tragedy when his ship was wrecked in a typhoon and he was never seen again.

His contributions to the island, however, had some irreversible changes. The tools he introduced, ultimately ended up having an adverse effect on the Yappies’ economy. As the stone’s worth depended so much on how difficult it was to carve out, modern tools destroyed its worth as now it was a lot easier to obtain. This imbalance caused the Yappies to see yet another economic phenomenon - Inflation!

This might have been the rapid decline of what was once the world’s largest currency, but definitely not its death. To this day, the Yappies use these stones for certain special transactions, though regular money is used for everyday purchases.

It’s actually pretty incredible! If we witness the complexity of the process and the ‘technology’ that was used to maintain their value, you’d probably agree that the Rai stones and the Yappies were far, far ahead of their time. In fact, if you do a comparison with today’s systems, the Rai stones and Bitcoin have a lot in common. In fact, more common than the fiat currency that you’re used to that’s accumulating in your bank account right this moment. Both Bitcoin and Rai stones rely on a ledger system to ensure the transparency and security of transactions. In the case of Bitcoin, this technology is known as the blockchain - a secure public record of each and every transaction that has ever been made. Not too far behind are the stones, which used a very similar approach. There would be a ceremonial announcement that would take place through the word of mouth whenever ownership of a stone changed hands. The island chief would make an announcement thus informing everybody of the change of ownership. This prevented the stones from being wrongfully traded. A system that ensures the same with Bitcoins as well.

What’s even more exciting? All this happens without the use of a centralised banking system which other forms of fiat currency are dependent on, thus giving the people the power to maintain the economy.

Mind blowing isn’t it? Our assumption of the modern day banking system and new technologies that have evolved such as Blockchain might exist in different shapes and forms today, but the very crux of an idea that was born some 5000 years ago is still relevant tells us a lot about the human need for building efficient systems. 5000 years from now, would we be HODLing something else instead of Bitcoin? Only time will tell. NFTs are slowly gaining mainstream adoption. Learn how they work and how to trade NFTs if you don't want to miss out! 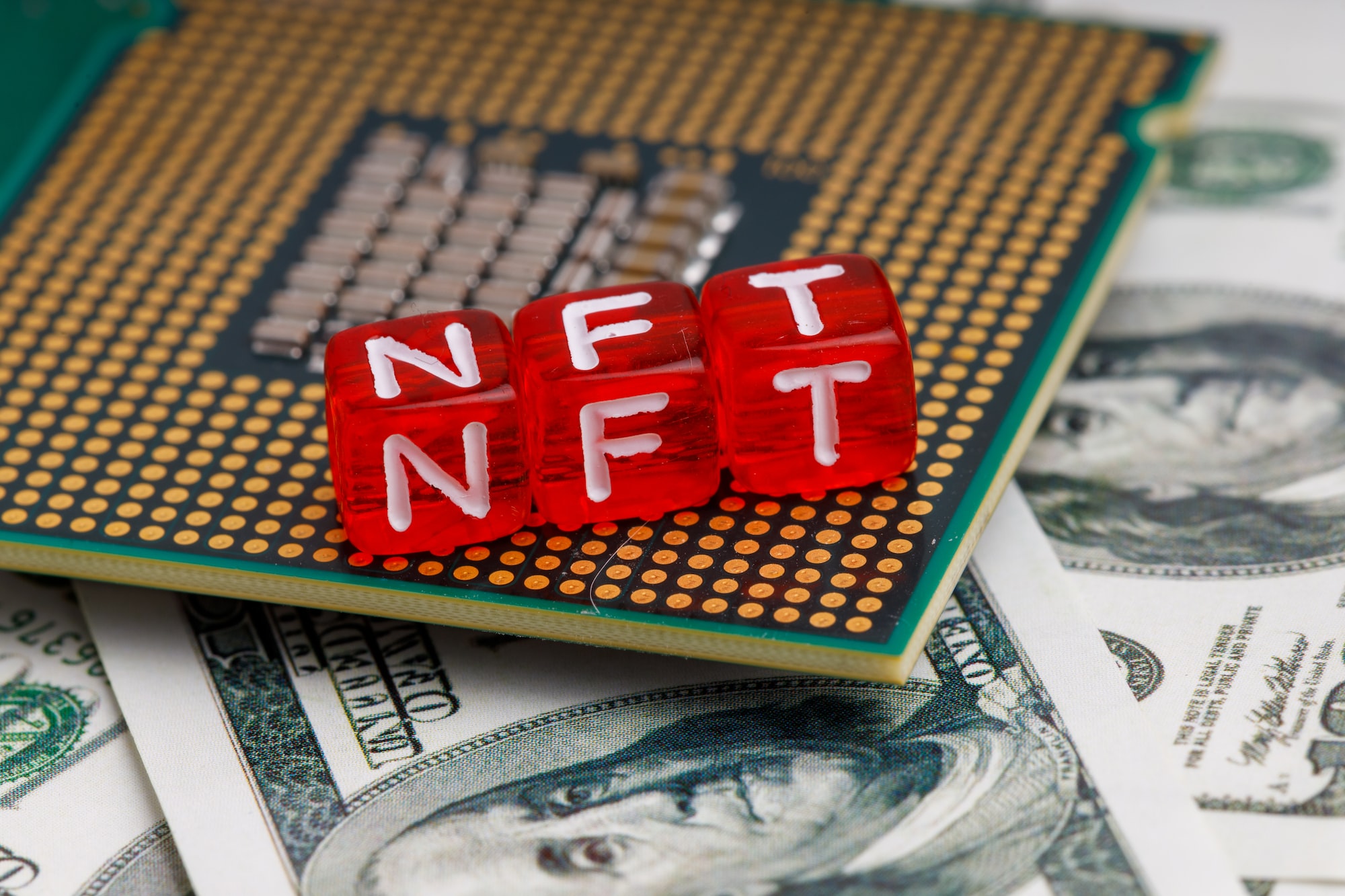 If you want to invest early in a new NFT project, here are 9 factors you need to analyze first. 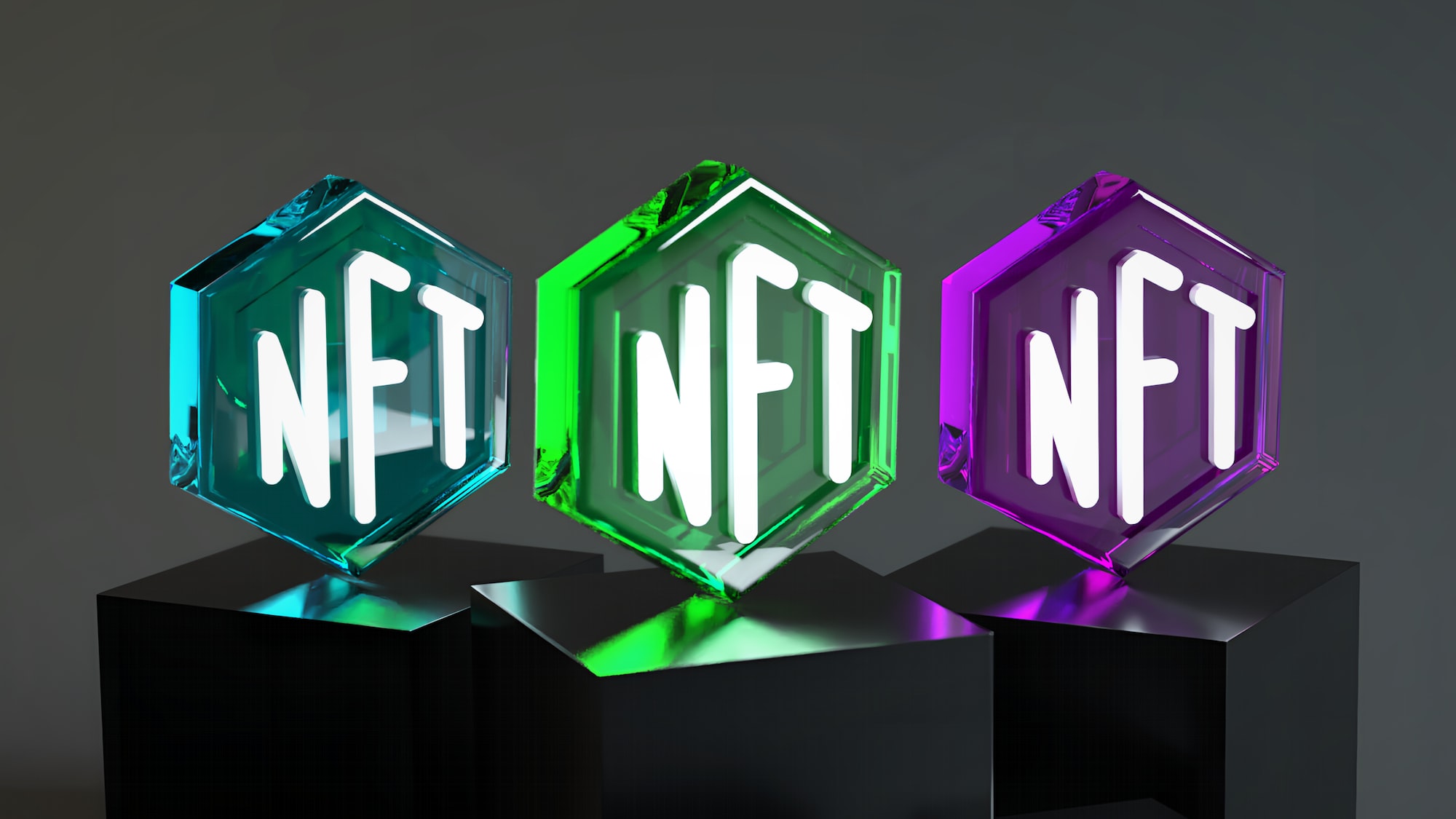 We know you have your opinions on NFTs - these crypto world elements are impossible to ignore. We are also aware that not everyone is looking for a hexagonal twitter profile image (Oh hi Mark!). Consequently, as the web3 space keeps introducing NFTs into different spaces of its own, it